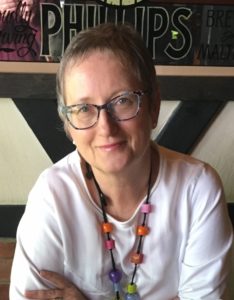 Leslie was born in France but grew up and spent most of her life in London, Ont. After attending York University and University of Western Ontario, she received her Bachelor of Fine Arts degree and spent the next 30 years raising a family and working in photography. In 2004, she and her husband moved to rural Qualicum Beach, B.C. where she resumed painting full time as well as teach and host various workshops. She is a senior signature member of the Federation of Canadian Artists and a juried member of the Society of Canadian Artists.

ARTISTS STATEMENT
The sharp focus of hyperrealism balanced by the lack of it…..  My paintings combine both realism and intuitive elements.  It is my intention to record the idea and emotion but not be a slave to literal reproduction.  There is no pretense at photo realism – my painting surface will not allow for that as it is purposely bumpy  and scratched.  This adds to the depth and mystery of my work.  The viewer is drawn to the 3D  aspect of my paintings but the 2D elements are also apparent.  It’s a back and forth between the illusion and the reality.  I walk a line between opposites – realism & abstract – rough and smooth – dark & light –planned and spontaneous.  Combined with that, my dramatic use of light creates drama and a sense of great depth.